"Smoking stands became popular around the turn of the century and lasted through the Depression.  After World War II they began to lose favor."  I've seen them in a million different styles, including this one: 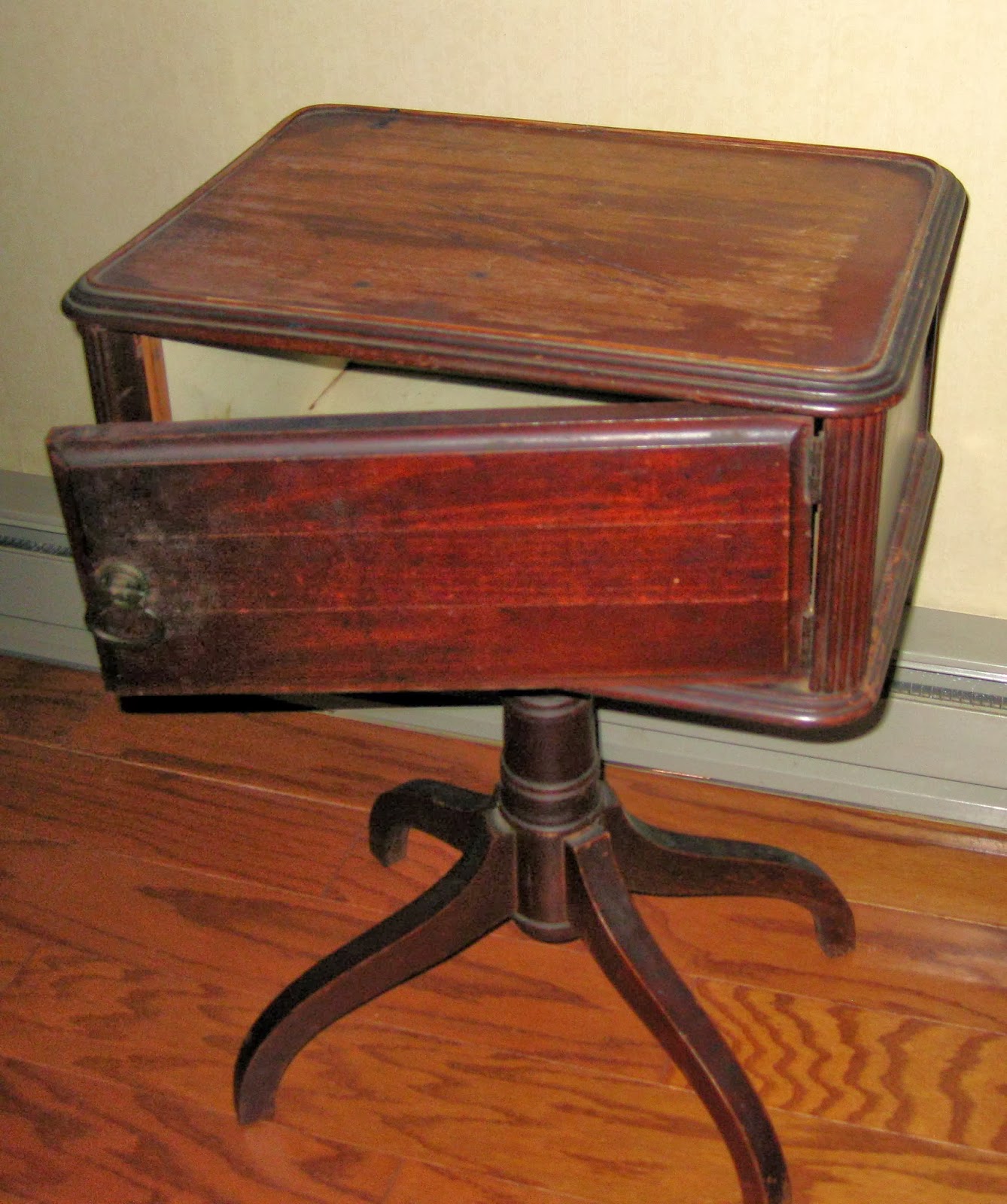 When I found it several months ago at a yard sale, I knew it could be a great side table.  The storage compartment is lined with tin (most are lined with some type of metal, as I think it cut down on the humidity where tobacco was stored).

So, after some joint tightening, some cleaning, some paint, some stain and let's not forget the elbow grease.... here's the new look! 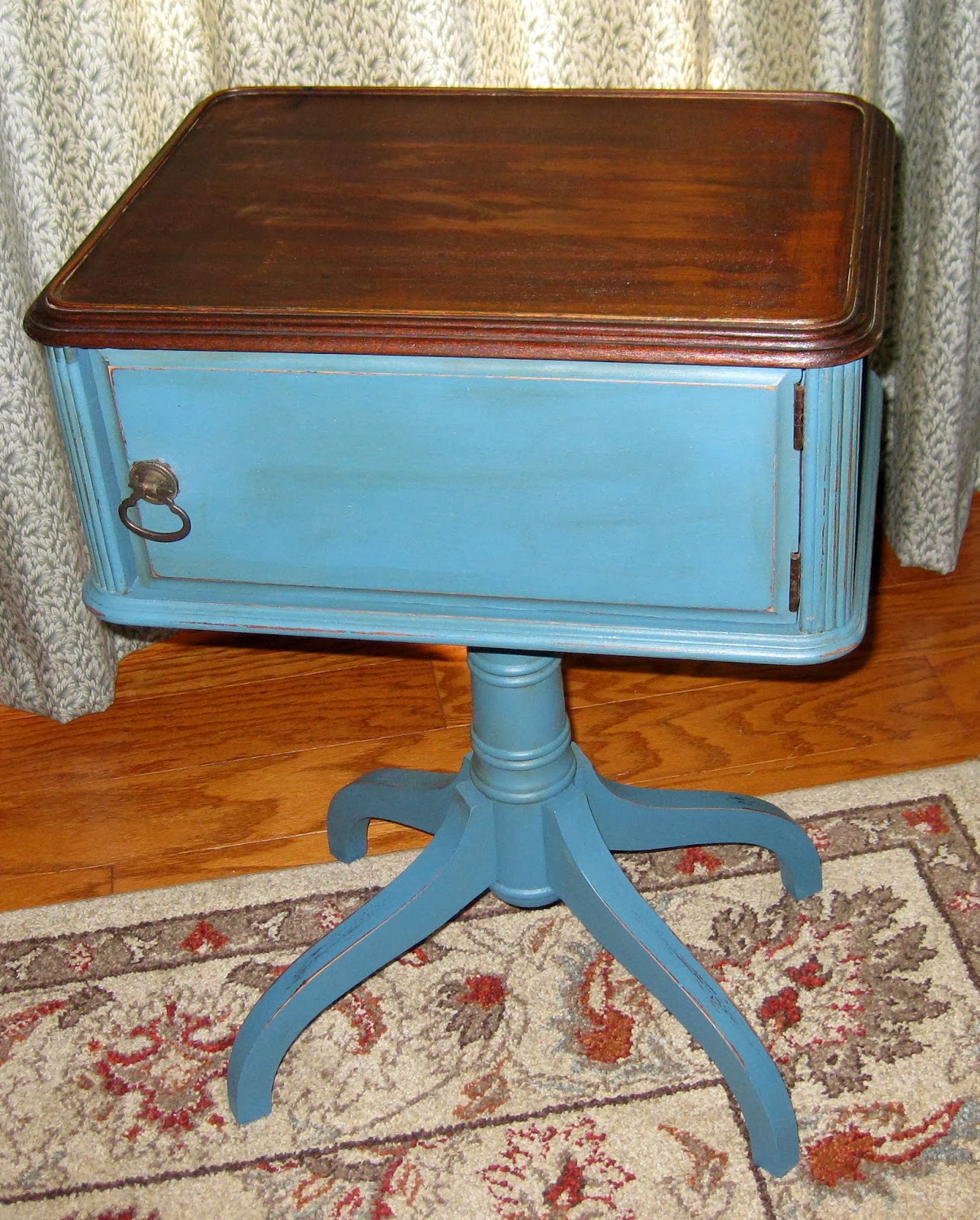 The color is a little off in the photo - it's actually a couple of shades deeper than it photographed.  It's ready for a new home... and no, it doesn't smell like smoke!

Promote Your Page Too

Donna
Greater Worcester, Massachusetts
I love the challenge of rehabbing neglected and/or orphaned furniture. My mission is to upcycle into a unique piece for your home (or mine!).

Contact me if you want to turn that garage sale find or older piece of furniture into something special.

Ode to Grace is dedicated to my maternal grandmother. Memories of her are my inspiration.

Thanks for stopping by and please send a link to any of your friends interested in home decor. I plan to update several times a week, so come back soon!